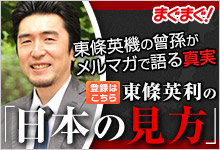 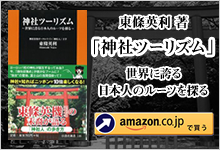 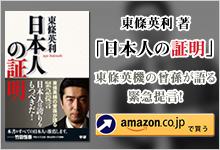 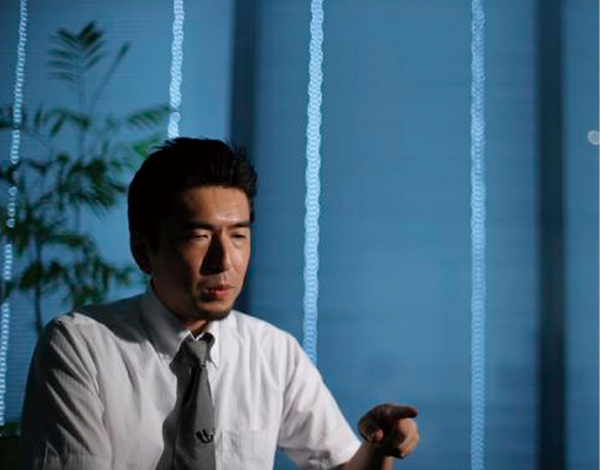 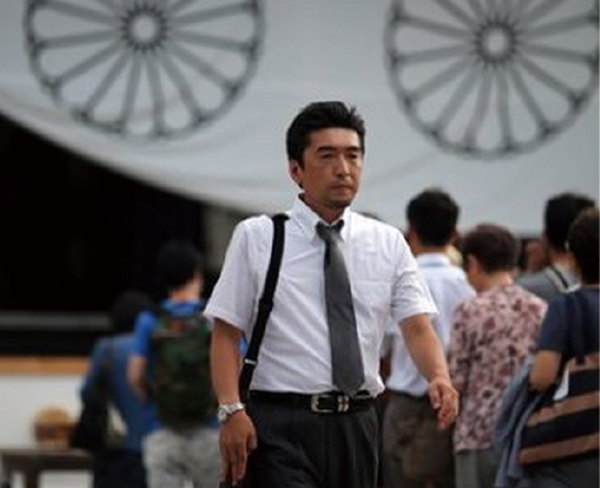 TOKYO (AP) — To Hidetoshi Tojo, his great-grandfather is a man in a black-and-white documentary film he saw some 30 years ago.

In one scene that he watched, Hideki Tojo — a bald, bespectacled man with a mustache — is sitting at a war crimes tribunal in Tokyo when he suddenly gets a slap in the head from behind by another defendant. The sound of the smack pierces through the courtroom, yet Tojo just turns his head around and grins.

“That was your great-grandfather,” Hidetoshi Tojo’s mother told him after he watched the scene.

Hideki Tojo, an executed Class-A war criminal, was Japan’s prime minister during much of World War II. He was behind the attack on Pearl Harbor, and was blamed for prolonging the war, resulting in the U.S. atomic bombings of Hiroshima and Nagasaki.

The younger Tojo, now a 42-year-old entrepreneur, was a fourth-grader when he saw the film. As a child, people often referred to him as “Hideki Tojo’s great-grandson,” and not by his own name. He didn’t like the tone of their voice, but his parents told him to just keep his mouth shut and cope.

Decades later, Japan and its Asian neighbors are still seeking closure on their wartime past. As Japan marked the 70th anniversary of the country’s Aug. 15, 1945, surrender that ended World War II, two of the descendants of Class-A war criminals interviewed separately by The Associated Press made gestures toward reconciliation.

For Tojo, facing Japan’s wartime history involved a process of accepting his roots.

“I carry an extreme label: a descendant of the heinous villain,” he told the AP.

He said he used to wish he could reject his identity. He also said he didn’t enjoy Japanese history classes when he was in school, and didn’t like the attention he got.

But more recently, as eyewitnesses of the war get old and memories fade, Tojo has changed his mind.

He now thinks there is a role he could play because of who he is, and is seeking ways to help Japan and its wartime enemies overcome the past and reconcile. He has reached out to Clifton Truman Daniel, grandson of wartime U.S. President Harry S. Truman, to propose joint projects such as public talks.

He said that he briefly spoke with Daniel via video conference and that he wants to get to know him better because there might be something they can share.

While Tojo said he has no intention of trying to justify his great-grandfather’s wrongdoings, he thinks Daniel and he could share their feelings about the difficulties of being members of families with such huge historical legacies.

“Of course, unlike me, (Daniel) is on the victor’s side, but I wonder how he feels about being the grandson of someone who dropped atomic bombs on Hiroshima and Nagasaki,” Tojo said.

Just like Tojo thinks about his great-grandfather’s wartime responsibility, he said Daniel might be going through a similar process trying to come to terms with his grandfather’s decision.

Daniel has been involved in anti-nuclear activity since being inspired by the story of Sadako and her thousand cranes in a book his son brought home from school.

“I’m hoping perhaps we can convey a forward-looking message together,” Tojo said of Daniel.

Former Japanese diplomat Kazuhiko Togo has done his own soul-searching in reconciling and accepting the judgment of history on his grandfather, Shigenori Togo, who twice served as Japan’s foreign minister. He was part of the Tojo Cabinet that started the war, and the Kantaro Suzuki Cabinet that ended it.

Shigenori Togo, known for opposing the war and for his efforts to end it, was sentenced to 20 years and died in prison when his grandson was only 5.

“I cannot share the view that he is a representative of the aggressors’ position, but that is how history concluded, and I think I have to accept this fact,” Kazuhiko Togo said. “That was the verdict pronounced by the Allies, not by us. Then what is our own judgment? That became my task.”

Togo followed in his grandfather’s footsteps, joining the foreign ministry as a diplomat. Since retiring, he has dedicated his time to researching Asian historical issues. Last month, he published a book titled “Diplomacy in Crisis,” in which he proposed a road map to resolving the problems of the Yasukuni Shrine, which honors war criminals among other war dead and is a key source of regional tensions.

Current Prime Minister Shinzo Abe’s historical views, seen by many as revisionist, and his 2013 visit to the shrine, viewed as a symbol of Japan’s militaristic past, have stalled Japan’s relationships with China and South Korea.

Togo, a believer in the power of diplomacy, suggests that the 14 Class-A criminals honored at the Yasukuni shrine, including his grandfather, be temporarily “de-shrined” until a better option is found. Their names were added to the shrine in 1978 after the government decided they were not criminals under Japanese law.

“Just removing it as today’s thorniest political issue — that is important,” Togo said. “I think it is important for us to resolve this very difficult issue of soul-searching inside Japan. At the same time, it is very important to resolve diplomatically. Then Yasukuni will be off the agenda.”